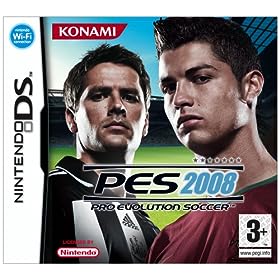 With the Pro Evolution Soccer series renowned for its fluid, realistic gameplay, the PES 2008 builds on the implementation of Teamvision with additional key advances. As with previous releases since its inception in 1996, the ball is again treated as a separate entity, with the timing of shots entirely down to the player, while the new AI ensures that defenders work to close down space and block efforts on goal. Similarly, distribution of passes works along the same lines, with players using the space available to them to switch the ball. Close control has also been enhanced with more control when dribbling the ball, and a number of subtle moves added to bypass defenders and move the ball into space.

Working in conjunction with the Teamvision system, every aspect of Pro Evolution Soccer 2008s on-field play has been reworked and fine-tuned to create the balanced and strategic play of a high stakes match. Set-pieces have been improved, with full control given over the number of players and the position of the defensive wall. A wider range of set piece options are also available to make use of specific talents within the team.